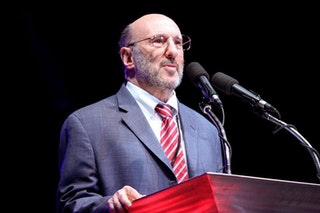 Walter E. Block is Harold E. Wirth Endowed Chair and Professor of Economics, College of Business, Loyola University New Orleans, and senior fellow at the Mises Institute. He earned his PhD in economics at Columbia University in 1972. He has taught at Rutgers, SUNY Stony Brook, Baruch CUNY, Holy Cross and the University of Central Arkansas. He is the author of more than 500 refereed articles in professional journals, two dozen books, and thousands of op eds. He lectures widely on college campuses, delivers seminars around the world and appears regularly on television and radio shows.  He is the Schlarbaum Laureate, Mises Institute, 2011; and has won the Loyola University Research Award (2005, 2008) and the Mises Institute’s Rothbard Medal of Freedom, 2005; and the Dux Academicus award, Loyola University, 2007.

Prof. Block counts among his friends Ron Paul and Murray Rothbard. He was converted to libertarianism by Ayn Rand. Block is old enough to have once met Ludwig von Mises, and shaken his hand. Block has never washed that hand since. So, if you shake his hand (it’s pretty dirty, but what the heck) you channel Mises.

Block is a leading Austrian School economist and an international leader of the freedom movement. His earliest work, Defending the Undefendable (first edition Fleet 1976, latest edition Mises 2008, translated in 12 languages), is now, more than 30 years later, still regarded as a classic of libertarianism. This collection of essays, which argues in behalf of societal villains as economic scapegoats based on the principles of nonaggression, forces its reader to think and to rethink his initial knee-jerk emotional responses, and to gain a new and far sounder appreciation of economic theory and of the virtues and operations of the free market economy. Block’s writing was inspired by Henry Hazlitt, the author of the most widely read economics text, Economics in One Lesson. Block’s latest book is Water Capitalism: The Case for Privatizing Oceans, Rivers, Lakes, and Aquifers (with Peter Lothian Nelson).

Block has been a fixture in the libertarian movement for some four decades. He actually met Ludwig von Mises and F.A. Hayek, and was friends with, and mentored by, Murray Rothbard.  His contributions to academic libertarianism and to Austrian economics have been prodigious. Block’s writings continue to challenge the conventional wisdom (or ignorance) of how economics works and will retain their freshness for decades to come.  His public speaking style has been described as a combination of that of Woody Allen, Lenny Bruce and Murray Rothbard.

Dr. Block has written over 500 articles for peer reviewed refereed journals, some two dozen books, and literally thousands of op eds for magazines and newspapers. Block appears widely on radio and television. He is a contributor to such scholarly journals as The Review of Austrian Economics, Journal of Libertarian Studies, The Journal of Labor Economics, and the Quarterly Journal of Austrian Economics. He is currently Harold E. Wirth Eminent Scholar Endowed Chair and Professor of Economics, College of Business Administration, at Loyola University New Orleans.

8/97 – 5/01: Professor and Chair of the Department of Economics and Finance, College of Business Administration, University of Central Arkansas, Conway AR 72035